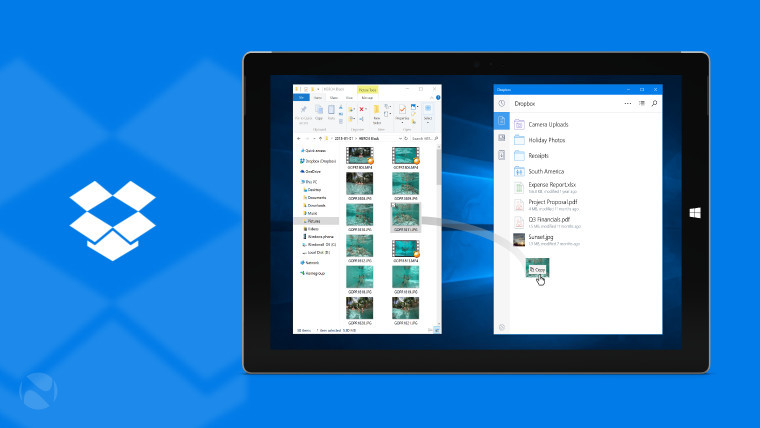 Dropbox is the latest big name to launch a new app designed for Windows 10. The cloud storage provider is no stranger to Microsoft's ecosystem, having previously launched a Universal app for Windows 8.1 and Windows Phone 8.1 - but this latest version has been built on Microsoft's new Universal Windows Platform, and is designed specifically for Windows 10.

The new app promises improved performance, and also takes advantage of Microsoft's Windows Hello password-free biometric authentication, allowing you to use "either your face, fingerprint, or iris instead of your password to unlock your Dropbox".