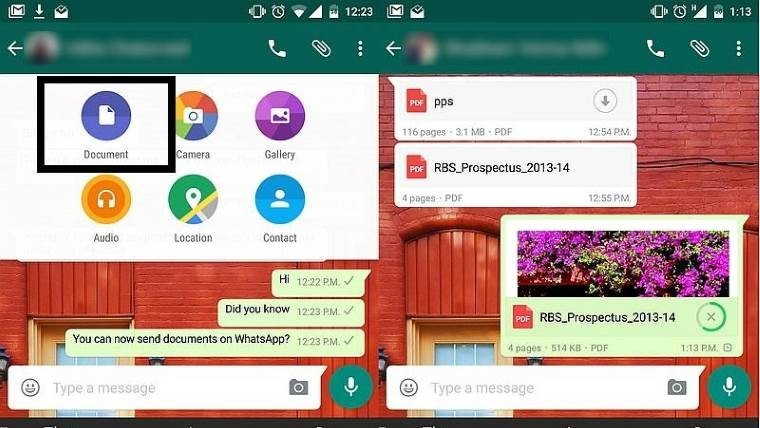 WhatsApp has received an update for both Android and iOS adding support for file sharing, but the new feature is not yet available for Windows phones.

At present, only PDF documents appear to be supported for sharing. The company has not stated whether additional formats will be added in future updates.

In addition to file sharing support, the update came with a design tweak for browsing photos and videos. There are also new wallpaper options, in which users can now select from solid colors, as opposed to various patterns and designs. The update is now live, and you can grab it at the iTunes App Store or Google Play.

WhatsApp for Windows phones also received an update adding support to tap and hold to record video with the in-app camera, faster in-app camera captures and over 100 new emoji, bringing it to version 2.12.300 on Windows 10 Mobile.