Twitter for Windows 10 updated with new design and latest features 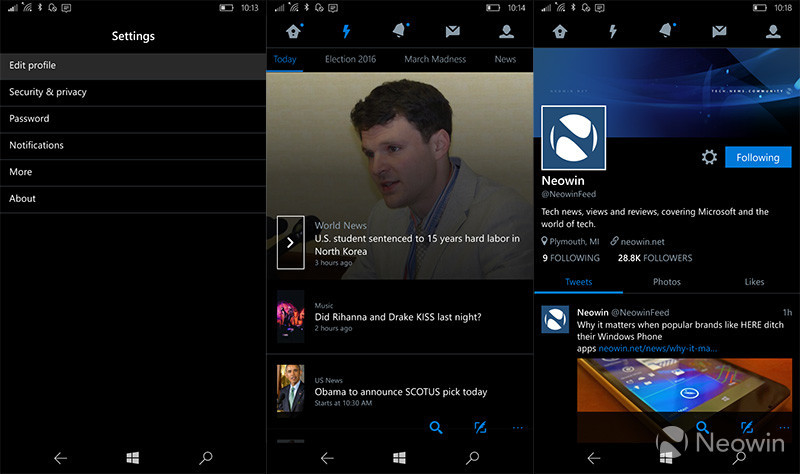 Twitter for Windows 10 Mobile and desktop has finally been updated with some much-needed features. Twitter is overhauling its Windows 10 app today, and that means that users with Windows 10 phones will be receiving an update that brings all the latest Twitter features. Moments, GIF support, group chat, and muting are all now fully supported, and Twitter is also bringing improvements to the desktop side.

There's a new dark theme for desktop users that can be selected, and on the mobile side the theme will change depending on your system settings. Overall, the app looks and feels a lot more complete, and the addition of mobile support means it's truly a Windows 10 universal app. If you're a Windows 10 Mobile user then it might not beat third-party apps like Tweetium, but it's encouraging to see Twitter isn't leaving Windows 10 Mobile behind. You can download the latest Twitter app update for Windows 10 in the Windows Store.