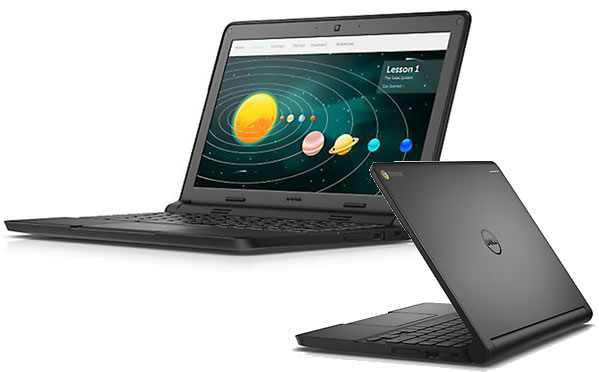 Google’s latest Chromebook laptop will be specially designed for corporate customers in an effort to get more workers off machines powered by Microsoft’s dominant Windows software.

Google Inc. is trying to win over corporate customers with the Dell Chromebook 13, which offers more flexibility to run a variety of apps that haven’t been easily accessible on previous Chromebooks. The laptops also offer more controls for corporate administrators to limit access and set rules for how workers can use them.

The Chromebook unveiled Thursday will be made by Dell and will go on sale Sept. 17. Prices will range from $400 to $900, a step up from a line of bare-bones Chromebooks that have been selling for as low as $150 since Google teamed up with Hisense and Haier to make those devices.

The cheap Chromebooks have helped make the laptops popular in classrooms, but they haven’t made many inroads in offices.

The Chromebooks will remain a part of Google later this year after the company splinters under an umbrella organization called Alphabet Inc. that will oversee a hodgepodge of businesses and experimental projects delving into medical research, city management, drone delivery and driverless cars.