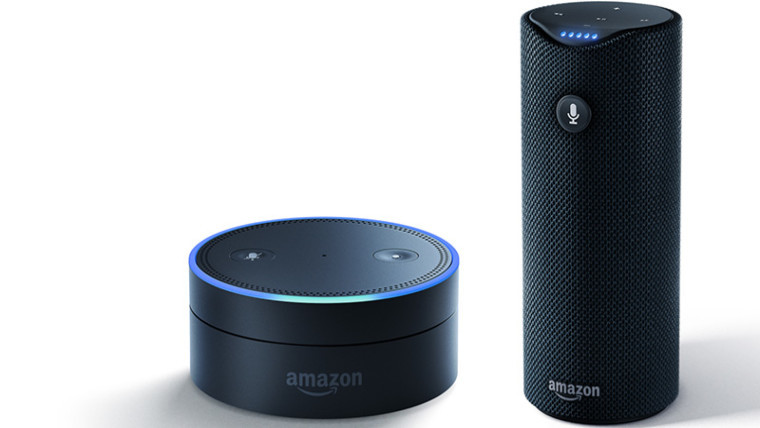 The second device that was announced is Amazon Tap. This device does not contain the far-field voice technology seen in Echo or Echo Dot. It does, however, have Bluetooth speaker capabilities.

Despite not having far-field voice technology, the portable speaker does have push-to-talk Alexa functionality, similar to the way a user would press the microphone button on an Amazon Fire TV Voice Remote.

Amazon Tap is going to cost $129.99, but it's not coming out until March 31, although you can preorder it right now. Luckily, you don't need to be a Prime member or order it from an already existing Alexa device. You can, however, use your Amazon Tap to order your Echo Dot.