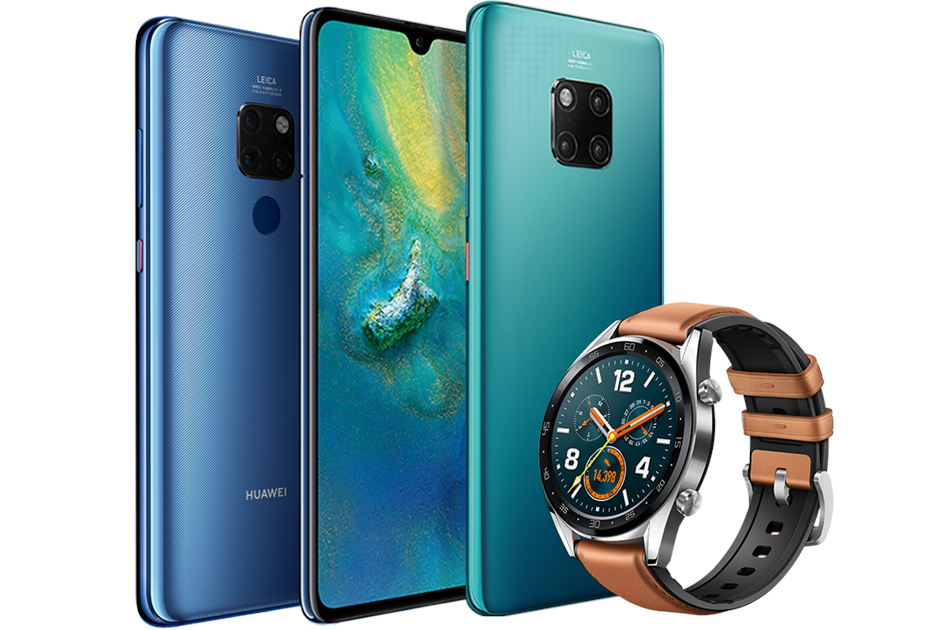 Huawei Mate 20 Pro is the Chinese brand's most audacious phone yet. It has an in-display fingerprint scanner, four cameras, can wirelessly charge other phones and more.

In typical Huawei fashion, there are multiple colors available including a trippy twilight and lovely, dark forest green ,each of which comes with a contrasting power button to add even more visual flair.

There’s no headphone jack yet it remains IP68 rated for water-resistance, and has a sleek new design reminiscent of Samsung’s S-series phones, with curved glass on the front and back. The use of glass means wireless charging has been added. Huawei said it wasn’t ready to add this handy feature until it was fast enough and apparently this will charge wirelessly at 15w. Considering the iPhone XS Max tops out at 7.5w, that’s impressive. The back also has an new pattern etched into the glass, which is smooth to the touch but rigid.

Huawei Mate 20 is widely available with scanner embedded in screen alongside 3D face unlocking. The Chinese firm, Huawei, aims to secure its place at the top of the market alongside Samsung, having recently beaten Apple to become the second-largest smartphone manufacturer in August.

Alongside the Mate 20 Pro, Huawei also launched a cheaper Mate 20 without the face recognition or embedded fingerprint scanner, and a new fitness-focused smartwatch using its own-brand LiteOS called the Huawei Watch GT.

“These new devices will be of great concern to rival smartphone makers,” said Ben Wood, chief of research for CCS Insight. “The Huawei P20 devices (P20 Pro, P20 and P20 Lite) have already grabbed substantial share in key markets such as Europe and Asia/Pacific and have only been prevented from securing share in the US because of the ban on Huawei products that occurred in January 2018.”

Wood said that Huawei had shipped 95m smartphones in the first six months of 2018 accounting for a 30% year-on-year growth.

“We believe camera capabilities will emerge as the star feature on these new devices, in particular the Mate 20 Pro. If it can replicate the performance of the P20 Pro it will further underline Huawei’s growing status as smartphone camera maker,” Wood said.