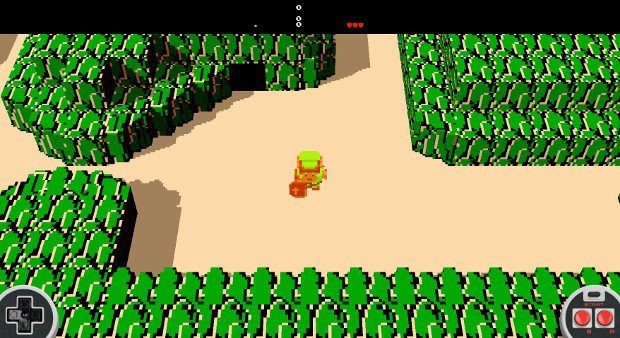 The project is the work of programmer Scott Lininger and artist Mike Magee, both of whom were inspired to recreate the first Zelda game after playing it as small children. The result isn't quite as precise as the original game — the change in plane makes it trickier to tell when enemies are hitting you — and the project's still unfinished, with many of the game's original dungeons yet to be built out by the duo of designers. But for those of you who spent hours in front of a flickery CRT TV three decades ago guiding the hero of Hyrule to his destiny, a powerful sense of nostalgia may override these complaints, and you'll want to play this tribute version now before Nintendo swoops in to shut it down.