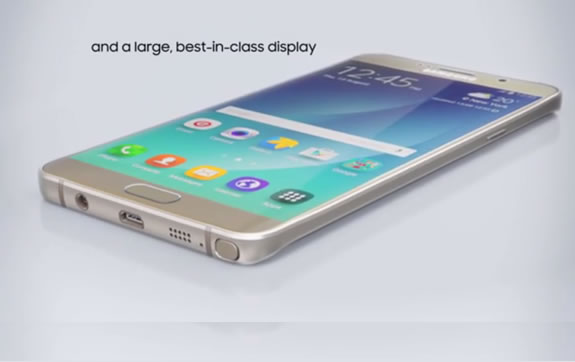 Samsung Pay:
A simple and safe mobile payment service you can use virtually anywhere that 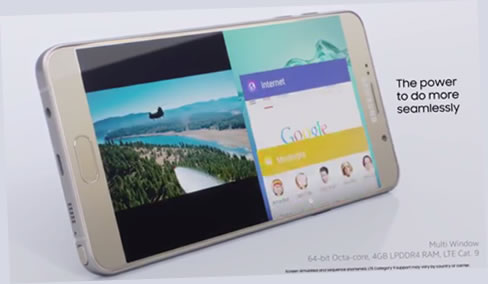 The Power of the Pen:
What sets the Galaxy Note series apart from its competition is the S Pen, which has also received an upgrade. While the previous version featured enhanced handwriting capabilities, increased pressure sensitivity and support for pivot, speed and tilt, the latest was designed with ergonomics in mind, to be more solid and balanced in the user’s hand. With a “push-pull” design, it also ejects more easily from the device, requiring only a quick click.

SideSync:
Allows for the easy transfer of content from the Galaxy Note5 to a PC or tablet, it gives effortless installation and automatic connection between devices make tasks like accessing files or checking phone notifications on a PC incredibly easy.

Write it down without unlocking:
One of the coolest features is a function which allows users to jot down doodles and memos on a black screen, without even unlocking the Note. No fleeting idea is ever forgotten with the screen-off memo feature of the new Note5.

Multimedia features better than before:
In addition to being able to launch the camera in less than one second with a double click of the home button, users can enjoy improved video capabilities, 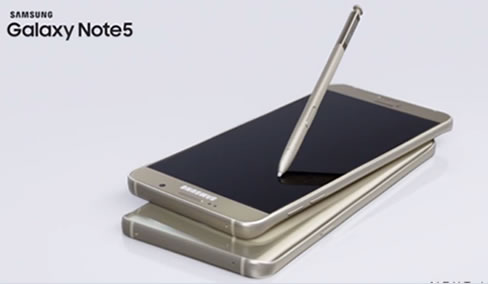 With such innovative video features, family members and friends that live thousands of miles apart no longer seem so far away from one another. Journalists and filmmakers can cover big stories without having to tote around loads of bulky equipment. Individuals have the means to have their voices heard in an entirely new way.