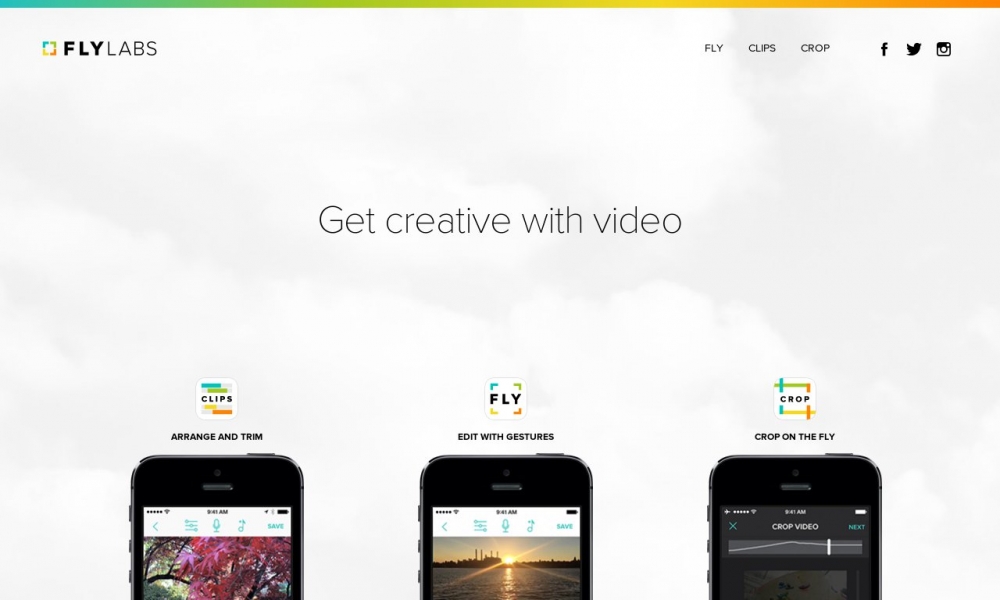 Google is said to have acquired Fly Labs, maker of four iOS apps for quickly editing video, and will put its team to work on Google Photos. "It's a perfect match for what we built at Fly Labs, and we're looking forward to folding our technology into Google Photos," Fly said in a statement posted to its website. The company will continue to offer its four apps — Clips, Fly, Tempo, and Crop — for the next three months, and Google is giving away what used to be in-app purchases for free during that time.
Fly said its apps had been downloaded 3 million times in the past 18 months. The company, which is based in New York City, was founded by Tim Novikoff in an effort to improve mobile video. The company's apps let you edit with simple swiping and tapping gestures, or by letting you adjust tempo using a variety of presets. Crop is a single-purpose tool for converting video shot in portrait mode to a landscape format.
It's not totally clear how Fly's work could be incorporated into Google Photos, which currently does not support editing. (Google has Snapseed for that.) But Photos does create videos for you automatically, stitching together photos and videos together using algorithms. If nothing else, Google could have Fly work on new options for those automated videos.
Source: The Verge