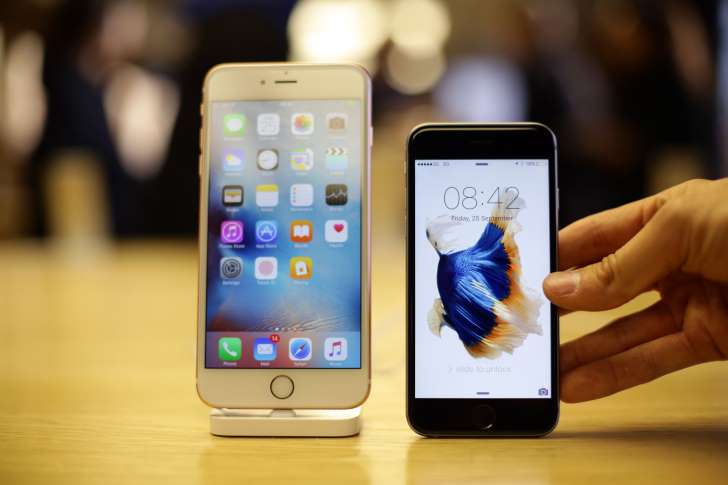 The company is introducing the new, smaller iPhone at a time when customers are holding onto their handsets longer. Wireless carriers such as AT&T and Verizon Wireless are no longer subsidizing new iPhone purchases like they once did, making customers question whether the improvements warrant the expenditure on new models. A slowing upgrade cycle is something Apple has experienced with the iPad, which has seen sales steadily decline for several quarters.

“The replacement cycle for iPhones has stretched to 27 months," compared with the 23 months of two years ago, RBC analyst Amit Daryanani wrote in a note to clients this week. The new handset will “ensure that consumers who have a three-year- old 5S or 5C don’t switch to Android for lack of new iPhone products.”

An older iPhone owner who’s looking to upgrade can currently either spend $549 on the basic version of the iPhone 6 -- the 2014 edition -- or buy a less-expensive Android-based phone. Apple’s new lower-end model may persuade customers to stick with the company’s products, allowing it to sell services through the App Store or subscription-based products such as Apple Music and iCloud.

The new smartphone will boast a faster processor than the 5S, a person familiar with the details has said. Like the iPhone 5C, it may also be available in a variety of colors, analysts have said.