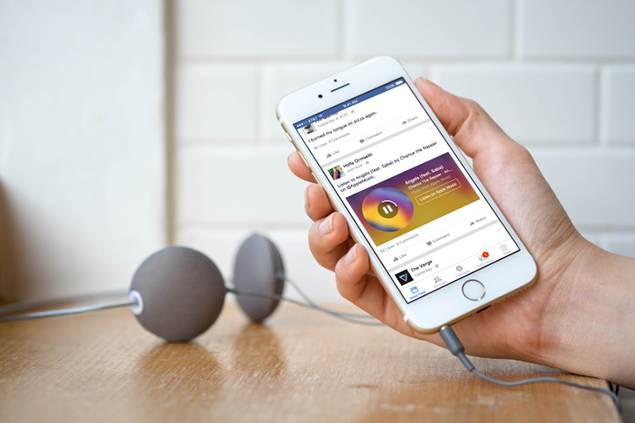 Facebook has made it easier to share music, introducing a new post format amid the boom in online streaming.
Dubbed "Music Stories," the new format allows people to listen to a 30-second preview of the shared song (or album) while on Facebook..
A person listening to a song on a streaming site would click "share" and then "copy." He or she would then paste it on Facebook, adding commentary if desired, and friends will see the post with options to hear the song.
"We hope by making this experience better, artists will share more, friends will share and engage more, and music will become a better part of the Facebook experience overall," Michael Cerda, director of product at Facebook -- the world's second most popular website after Google -- wrote in a blog post.
Music Stories marks the latest effort to expand forms of content at Facebook, which allows its more than 1.5 billion users to swap messages, photos and videos.
Music Stories will initially only work on Facebook's iOS app for users with accounts on streaming leader Spotify or Apple Music
Apple and Google have both launched paid platforms for music streaming, which allows unlimited, on-demand selection of songs online.
Spotify, despite criticism from some artists, maintains a free tier backed by advertising, meaning that Facebook users can hear songs recommended by friends without paying.
Source: Times Of India