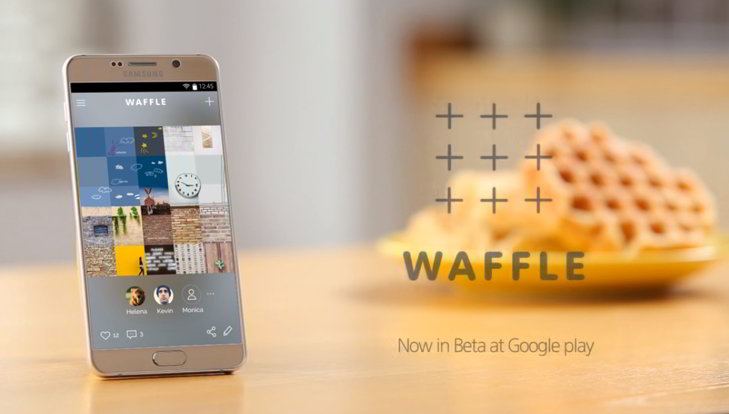 If you're building a new social network likely to get battered in the marketplace, you may as well call it Waffle. The latest entry in the ever-expanding category of Weird Samsung Things allows you to post a photo that your friends can annotate by adding their own photos or drawings in a grid surrounding the original. It's a product of the C-Lab, a skunkworks inside Samsung that develops and tests new products. "Waffle offers a new, differentiated service that illustrates multiple points of view to generate a collaborative story," the company says. It's currently in beta in Android.

Waffle was named after the grids of images that users create. A video about the app shows someone wishing a friend a happy birthday, and other friends chiming in with birthday wishes of their own in separate squares. The grids are technically infinite — users can continue expanding them in every direction. That gives them potential to be akin to "a communal graffiti wall," the company says, with each user contributing a piece of a larger whole. In one example, a user posts a photo of a rabbit sitting on a wall; other users fill in the surrounding pieces of the wall below and the sky above using drawings. "Waffle enables users to add their own perspective to someone else's content, and vice versa," says Joseph Kim, who's heading up Waffle, in a statement.