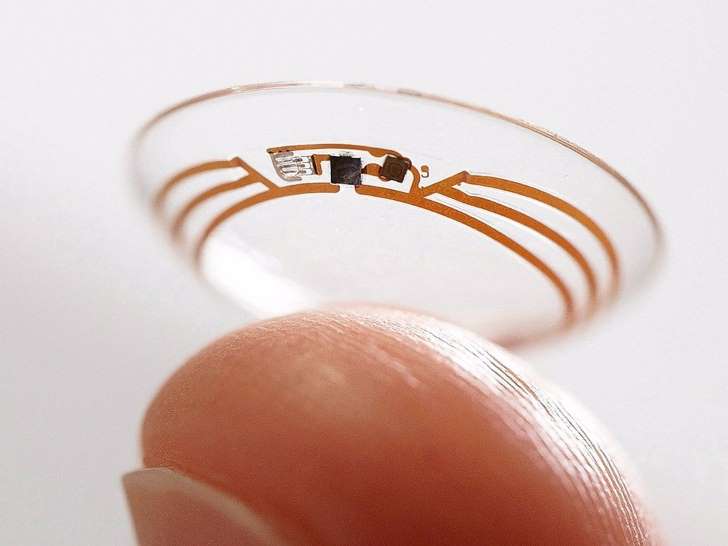 The contact lens of the future may do a lot more than just correct your vision.
Earlier this week, Google was awarded a patent for a solar-powered contact lens that is capable of communicating with computers and collecting biological data about the wearer.
The tech giant originally announced its smart contact lens project in 2014 and revealed that it was testing lenses that could measure glucose levels in tears using a tiny wireless chip and a tiny glucose sensor. But the new patent reveals new potential use cases for a smart contact lens.
For example, according to the patent the contact lens could have sensors that detect a range of the wearer’s biological data, including internal body temperature and blood-alcohol content.
The sensors could also potentially gather data about the wearer’s environment. According to the patent, the device could possibly sense allergens like grass or tree pollen, pet dander, and dust mite excretions.
Photo detector sensors and solar cells on the contact lens would harvest light to constantly power the device. The photo detectors could be used to receive data, giving the device the ability to communicate with mobile phones and computers.
Google also suggests in the patent that the lens could enable the wearer to read information in barcodes. Or be used to verify the wearer’s identity.
“Retinal analysis of a user can be performed and an optical signal transmitted in response to an authentication request,” the patent states.
Of course, as with most patents, there’s no guarantee that such a contact lens will become a reality anytime in the near future. However, given that Google has openly said they are working on similar technology, it wouldn't be surprising if some of these features are included if they ever do roll out a smart contact lens.
Source: Tech Insider