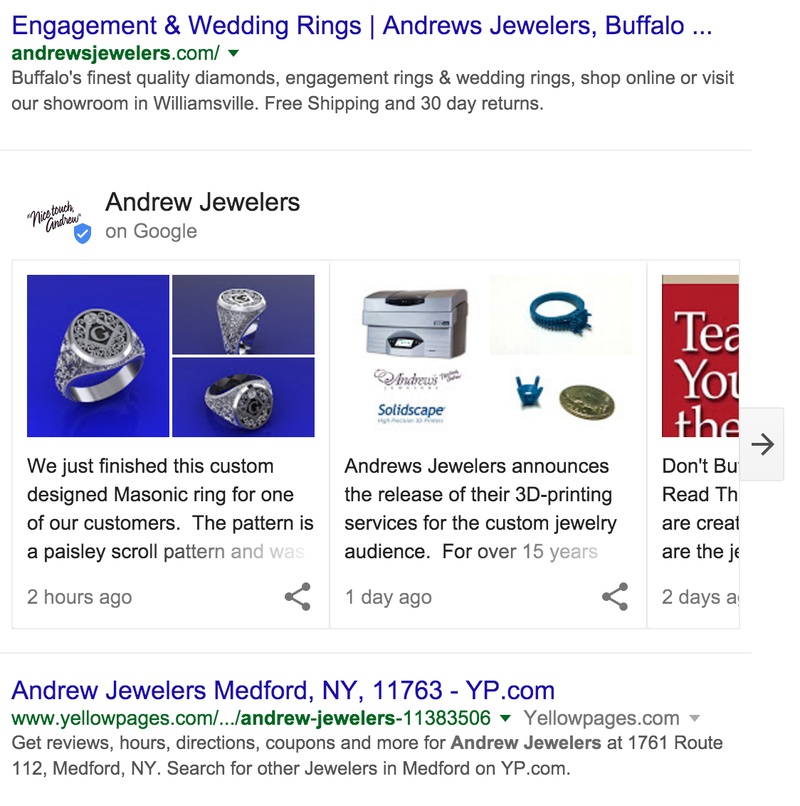 Now the same tools are being extended to small businesses and could potentially be offered to celebrities and bigger-name brands. The change, which Google confirmed to The Verge was a test, was noticed first by search expert Mike Blumenthal, who was searching for engagement ring stores in Buffalo, New York and came across a specially designed advertisement for local seller Andrew Jewelers. Clicking on one of Andrew Jewelers' posts, which are curated into a Twitter feed-like stream of ads, opens up a dedicated full-screen webpage with text and photos. You can also share the individual posts from the search results page, but you can't like or comment on any of them. You could imagine this feature working for, say, Kanye West and his clothing line.

The initiative looks similar to a new product called Google Posts, which now has its own dedicated website. (A Google representative told The Verge that the initiative is not called Google Posts, and does not have a name.) The company calls Posts an "experimental new podium on Google" where you can "now communicate with text, images and videos directly" on the search engine. The page says it's limited to the 2016 US presidential campaign. "In the future, we plan to make it available to other prominent figures and organizations. If you're interested, please join the waitlist," the website reads. It looks like the expansion has already started.