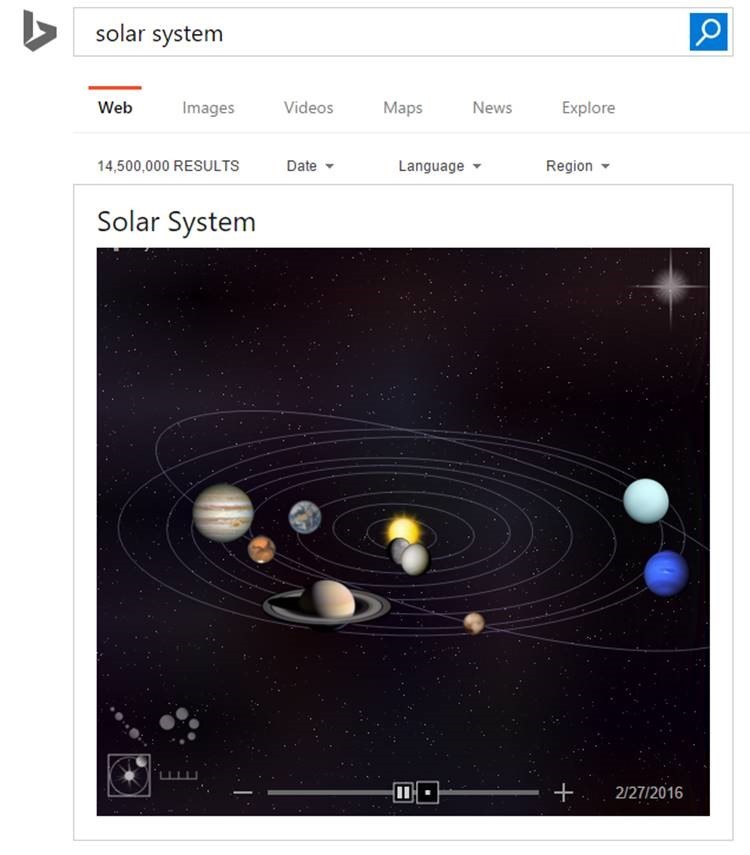 Typing in "periodic table" in Bing brings up an interactive version of those elements as well. Microsoft says:

"Each tab on the Bing periodic table paints the table in a different set of colors to show how the elements vary according to their group, physical state, discovery date, predominant location on earth, or density. The physical state has a slider to demonstrate how the elements change with the temperature, while the discovery date slider shows when each element was discovered. On any of these tabs, typing an element name or symbol into the text box at the top of the answer will highlight that element on the periodic table so you can find it quickly."

Bing can also bring up an interactive look at each element on the periodic table, including a look at how many protons and neutrons are in each element's nucleus.