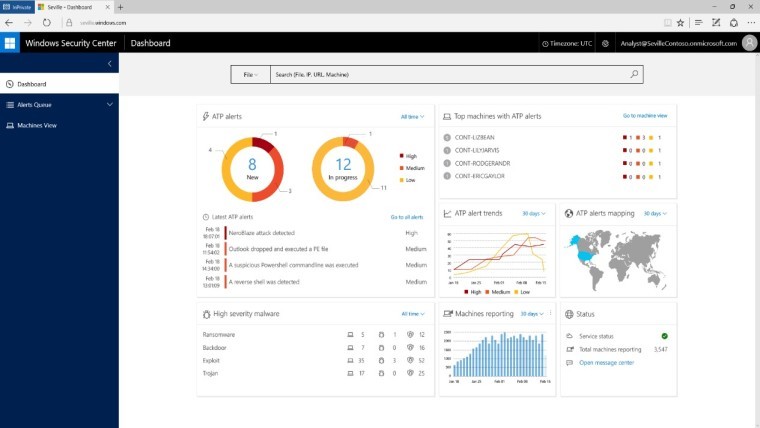 When threats or attacks are identified, ATP allows organizations to easily interrogate the findings to quickly determine which systems or data may have been compromised, and to formulate an appropriate response.

The service will also let enterprises perform historical checks of their networks and endpoints going back up to six months. "Simplified investigation tools replace the need to explore raw logs," Microsoft explains, "by exposing process, file, URL and network connection events for a specific machine or across the enterprise. And a cloud-based detonation service enables files and URLs to be submitted to isolated virtual machines for deep examination."

Since ATP is built on tools already integrated into Windows 10, supplemented by a cloud backend, organizations already running the OS won't have to face costly infrastructure upgrades in order to take advantage of the new service. For those enterprises that haven't yet upgraded, Microsoft is hoping that ATP will give them one more reason to do so, with the promise of more intelligent and continuously-updated cloud-powered security features that could potentially save them huge amounts of money in the long term.

Currently, Windows Defender Advanced Threat Protection is live in a limited deployment, protecting 500,000 endpoints "with early adopter customers that span across geographies and industries, and the entire Microsoft network". Microsoft says that it will be "available more broadly this year".